The key feature in this release is the support for MySQL database design. Version 2.9 brings data modeling features, reverse engineering of existing MySQL database structures, generation of SQL / DDL scripts, and other useful features like export to PDF. In this version, you will find various UI improvements, generation of comments, and better possibilities to troubleshoot issues related to reverse engineering. You can create a new connection to your existing MySQL database, reverse engineer the structure and display a visual diagram of the database objects. Reverse engineering of MongoDB database structures has been improved. Now you can choose if you wish to detect the structure from the validator or from the data. In MongoDB projects, you can specify the Pattern property for each field in a collection. See the Pattern switch on the screenshot below. 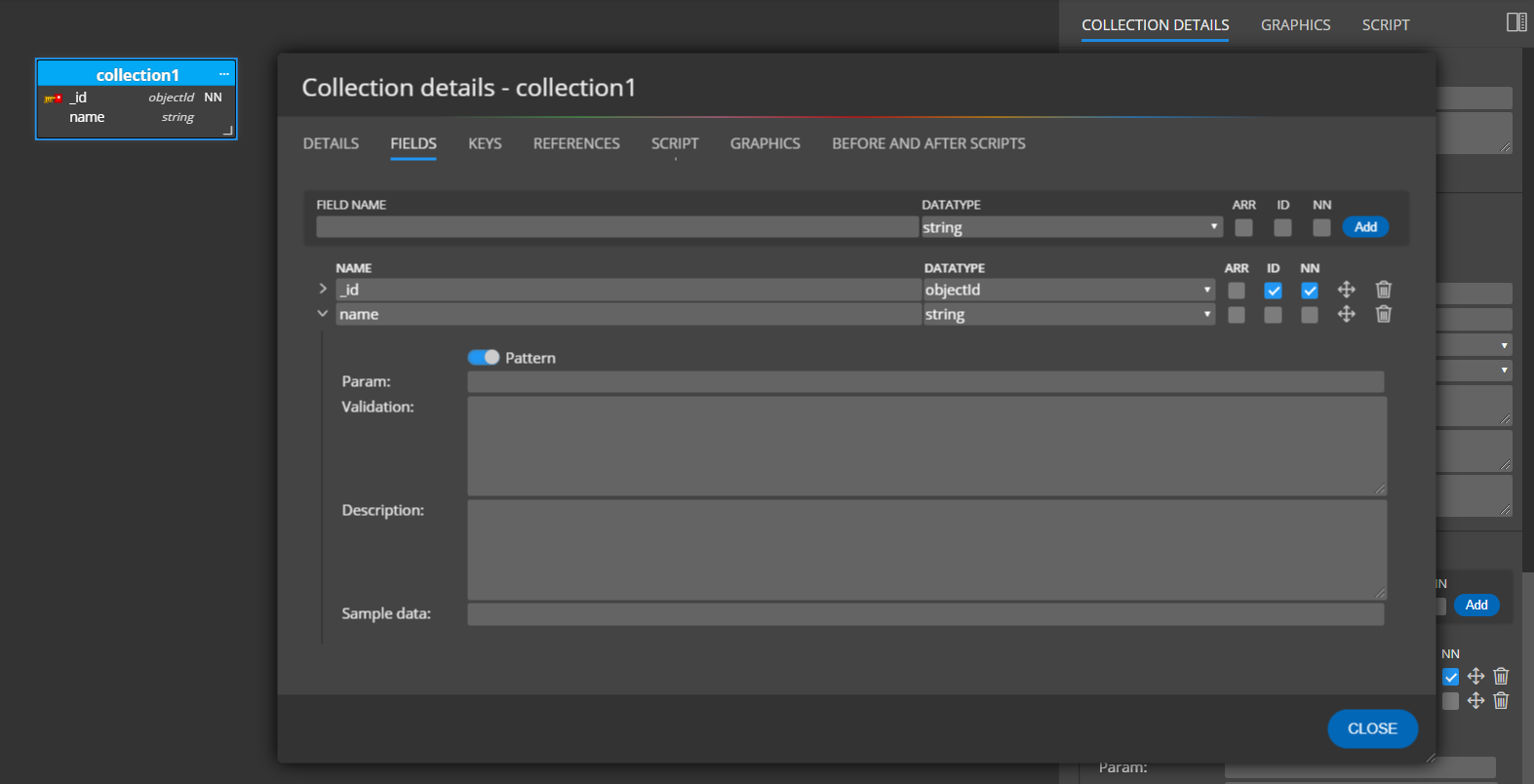 Validation on the document level is now supported. Generation and reverse engineering of database comments are now supported better. In case a schema comment is defined in the PostgreSQL database, the definition will be loaded to the section BEFORE SCRIPT in project properties. The content will then be included in the generated SQL script. Sections BEFORE and AFTER script are supported across various database platforms.

If you have a suggestion, idea for improvement or in case you find a bug please do not hesitate and write us at info@datensen.com.
Thanks!