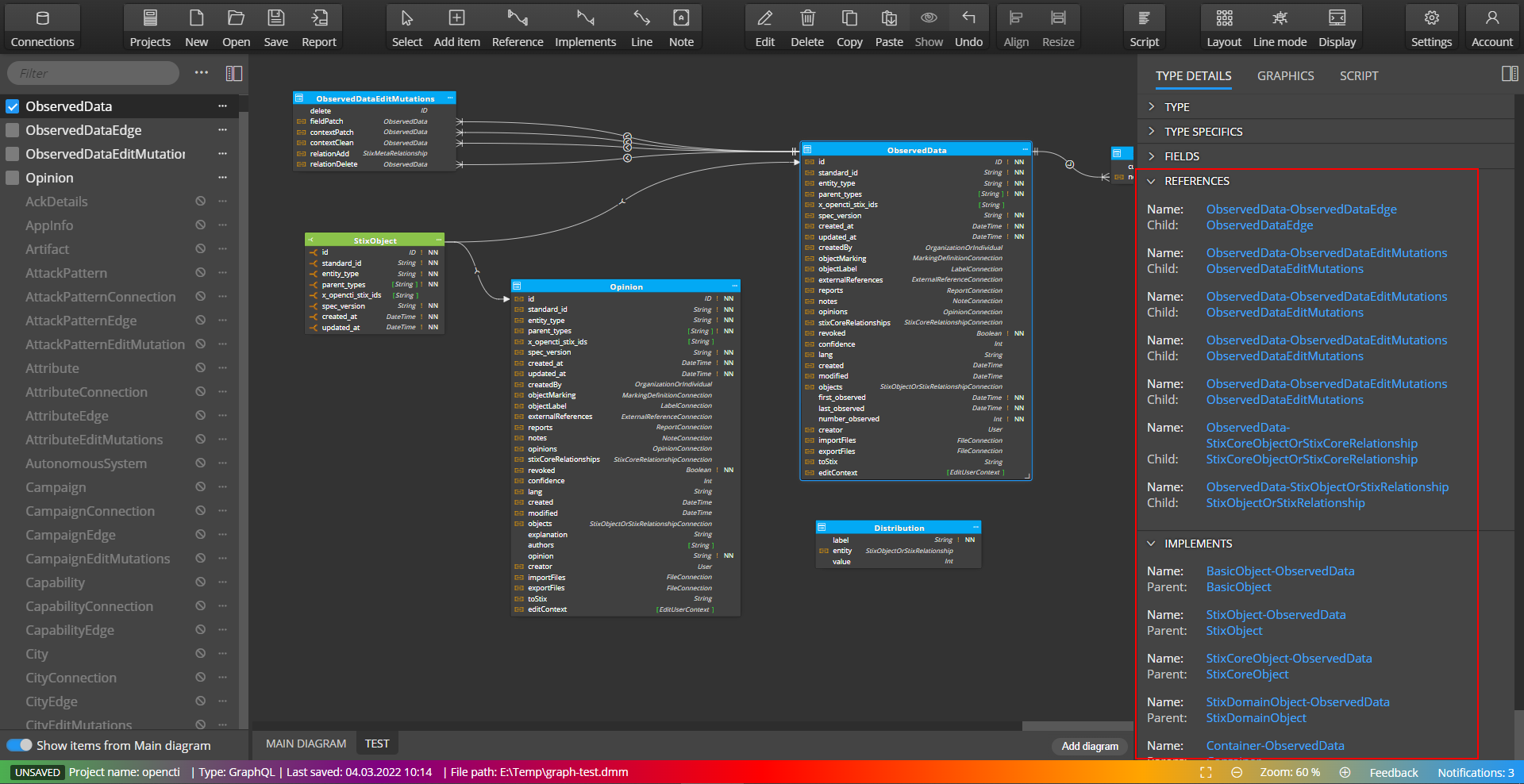 During the development of this release, we have focused on improvements related to data modeling for all databases. We have addressed the use of naming conventions for PostgreSQL and fixed reported bugs. We also addressed internal improvements. This resulted in smaller installation package sizes and increased application stability.

When modeling the database structure for Postgres, we use a number of basic object names, such as table1, table2. Previously, we also named new relationships with names like table1_table2. This general naming convention is sufficient in many cases, however, it was necessary to change these names manually. For example, when renaming table1 to customer. In this example, it was a good idea to change e.g. the name of the relationship, the name of the index, the alternative key, etc. Now it is possible to synchronize these names automatically.

After renaming table1 to user

Also in this version, you have the option to keep custom object names. Therefore, if you override a name (1) that does not match the naming conventions set, it will be used and not overridden. If you decide to use automatic synchronization later, just click on the Reset name icon (2).

In the project settings (1 and 2), you can enable Naming conventions (3), choose whether or not to use synchronization for the PostgreSQL project and whether or not to include object names in the resulting SQL script (4).

Example of generated script for PostgreSQL

A new info section is displayed in the Column details panel and the hyperlink to the parent object is available.

No column is selected and the right side panel shows all the table properties.

If you use a nested object in diagrams, you can now select a column in the parent object that has another object as its data type and directly edit the columns of this nested object. Just click on the Children tab and then add, remove or edit columns/fields.

Some of you are using custom code for objects, instead of SQL script generation. Moon Modeler used to add the object name as a comment (as supported by the database) to the generated scripts. However, in the case of a custom definition in e.g. YAML format, these comments were unwanted. Therefore, object names in the form of comments are no longer generated.

6. Relationship and line colors in the generated HTML report

We have modified the way HTML reports are generated in a Theme other than the selected Theme. If you have the theme set to light and generate a Dark report, the relationship colors will change accordingly.

7. Other useful improvements and bug fixes

If you have a suggestion, an idea for improvement, or if you find a bug, feel free to email us at info@datensen.com.
Thanks!